Winning Solutions is one of the leading market research organizations in Pakistan with operations across different cities and a spread of outdoor media tracking in over 60 cities. The Outdoor Media Ad-Ex report is based on a site census done by Winning Solutions in Top 5 cities of Pakistan in 2014 which is updated twice a month with Ad-Ex data collection. We cover over 5000 permanent structures and over 4500 pole signs twice a month every month. The market rates are updated and reviewed every month and aligned with average market rates for each road, section, location as well as site. 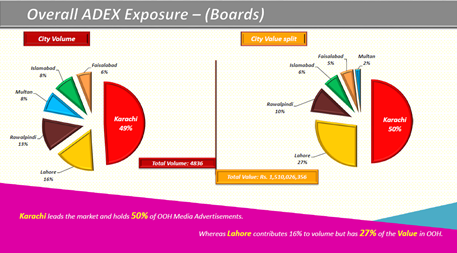