The Pakistani Advertising Scenario skyrocketed in 2013 showing some significant changes in the media, brands and campaigns. 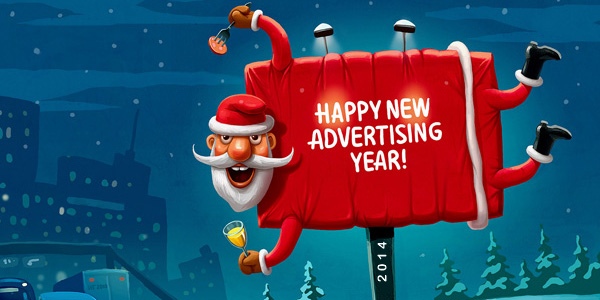 To begin with, the Awards platform grew by leaps and bounds whereby showcasing some of the industry’s best awards including LUX Style Awards, HUM Awards, PAS Awards, Pakistan Media Awards (now scheduled to take place on January 11th, 2014.) and the White Ribbon Media Awards to name a few.
On the electronic front, Channel “Ab Tak” surfaced – yet another challenge for the over-mushroomed segment of the channels being aired in Pakistan.
The beginning of 2013 also saw the formation of Media Commission – a regulatory body chaired by Justice (r) Nasir Aslam Zahid and Member Mr Javed Jabbar.
The objective of the Media Commission is to conduct a study of issues raised by the several petitions filed at the Supreme Court of Pakistan and find appropriate actions to be taken.
And now looking at new developments at APNS, the executive committee has expressed dismay over consistent indifference towards addressing issues related to long outstanding payments from various government departments. As such the executive committee has decided to launch an advertising campaign in its member publications in the first week of January 2014 to highlight the dire state of the newspaper industry which will be followed by suspension of all federal government advertisements and a protest strike to urge the federal government to act and resolve the problems of the newspapers industry at the earliest as the situation has threatened the very survival of many small and medium sized newspapers.
Now coming to some creative works, it was an honour for JWT Pakistan and Symmetry Digital to win the Gold Award from Campaign Asia in late 2013 followed by Spectrum Y&R getting the silver medal.
Many campaigns – big and small continued to outshine each other of which few got noticed more than others. According to Sikandar Tiwana – CEO, Dabur Pakistan, Cadburys chocolate milk chocolate was one campaign that had high emotional value coupled with good quality of production. In his opinion Tetley tea was also a good example of creativity whereby focus on functional values was shown that all consumers look for backed by money-back guarantee promise.
For Mubashir Hasan Ansari, CEO, Zil Limited, the most memorable campaign of 2013 stood out to be the LuX Suroor. Commenting on what was the biggest impact/change in the advertising industry this year, he opined that this was the year where intelligent brand integration was seen by Pepsi and HBL in the movie ‘Main Hoon Shahid Afridi’.
Some of the other advertisements that created a stir in the industry include the new Google India advertisement – a 3-minute video showing two friends separated as children by the India-Pakistan partition of 1947. But a few Google searches, and the kindness of their grandchildren, helps the two men finally reunite.
And that reunion — no matter what language you view it in — is beautiful.