TV INDUSTRY REPORT gives the overall picture of advertising on TV during the period Jan’13 to Dec’14. It covers top advertisers, categories and brands and their % share in total advertising in terms of minutes along with comparison with 2013. The report also focuses on share of TV channels, share of each genre and ad-spend split over the time slots. 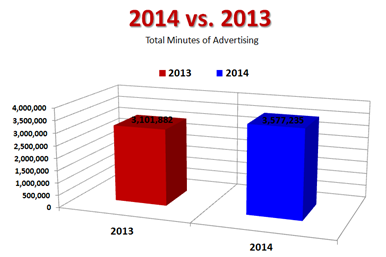 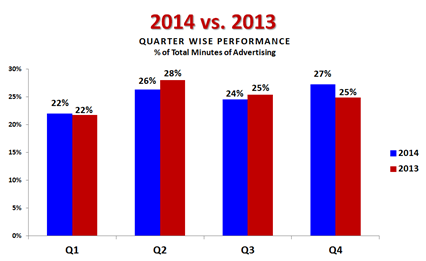 · Comparing the quarter-wise total minutes spend; the trend remains mostly similar across first three quarters. Last quarter of 2014 witnessed an increase of 2% over 2013. 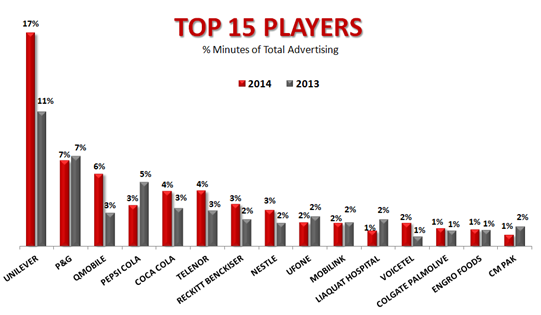 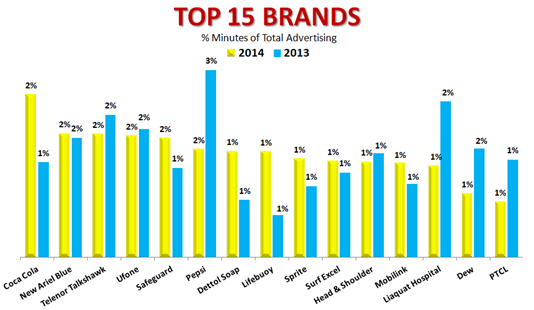 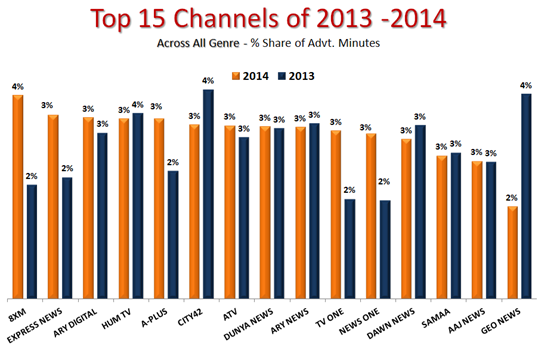 · The most significant drop of share of advertising across channels is witnessed by GEO by 2%. The he advertising spend increased mostly on channel 8XM in 2014.

· Similarly, for news channels, the share of advertising on GEO News dropped by 5% in 2014 and that of channel Abb Takk grew by 7% followed by Express News that grew by 3%.

· Among the entertainment channels, the major drop is seen across GEO (by 4%) and HUMTV (by 1%).

· In both years, channel 8XM retains the top position and increased its advertising spend share by 10% compared to 2013.

. The highest increase of advertising spend is seen on Jalwa with a 20% increase in its share in 2014.

· News and entertainment segments remain most popular with their share of 44% and 41% respectively throughout 2013 and 2014.

« The sad side of advertising

Free webinar: Without Insights your strategy and creativity are blind »
Become a Contributor