– Warid settled May while crossing with 13 million mark for customers on its network.

– Zong, as you would expect, remained the top operator for adding new connections during May 2014 too. Zong added 754,368 new customers on its network in May 2014.

– While there are concerns over Zong’s dormant customers, the number of new sales is where Zong has lead the market for some time now.

– Market believes that such dormant customers are just the influx for operating cost as they don’t add much to company’s revenue streams. Such users, who are usually lured with free connections and unavoidable
incentives, consume free resources and move on to other networks.

– Telenor, which has remained ridiculously consistent with new sales over the past few years, added 434,912 customers during May 2014.

– If we look at Telenor Pakistan’s history then there is a consistent and strange upward trend in customers’ addition. We are terming it strange just because every other operator has seen dips in the customers’
addition graph but that’s not the case with Telenor.

– Telenor has this history of adding 300,000 to 400,000 customers every month for so long now that it has started to look mischievous. Telenor calls this stringent graph as a result of consistent policies.

Check below graphs for further details: 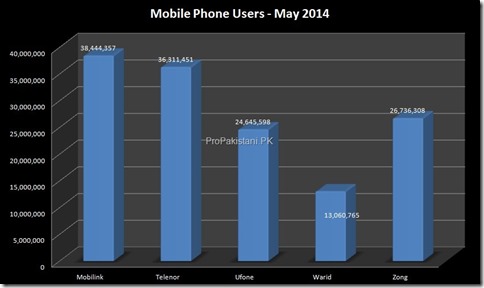 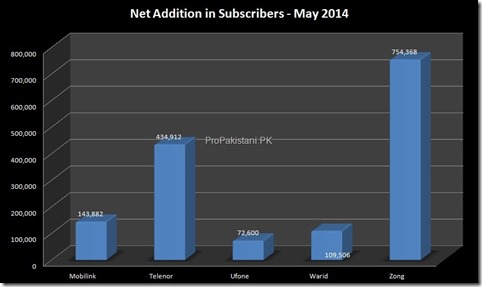 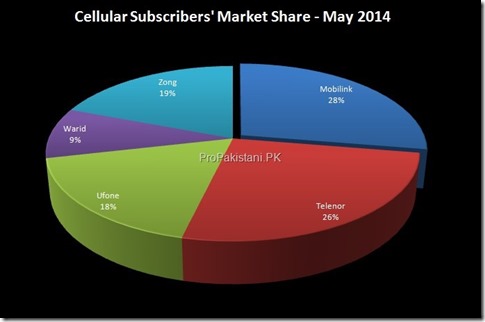