KEEPING THE “CONTENT CANNONS” LOADED FOR THE RIGHT MOMENT 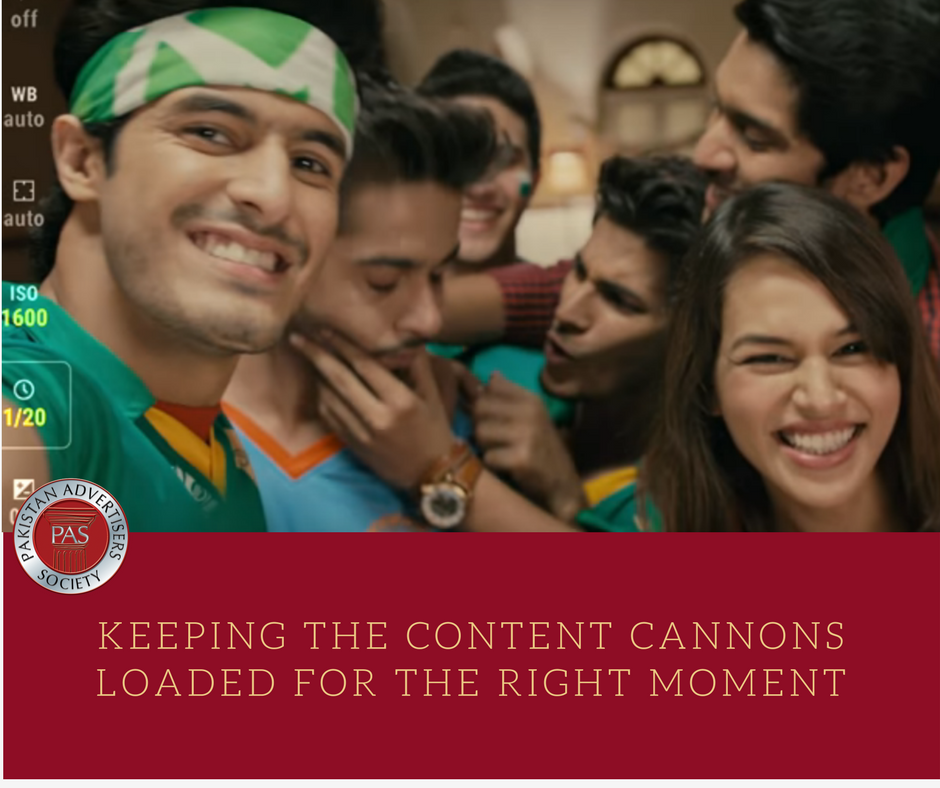 It was yesterday when Pakistan won the final match against India in ICC Champions trophy. Emotions were on the high and happiness was all around as Pakistan earned a historical victory against arch-rivals India in the final.
Keeping the importance of this victory in mind and social media trends, brands had to respond in order to make a connection with the consumers and hence it was done. We witnessed new content coming up on social media as Pakistan won the match and lifted the trophy. There was brand content based on humour appeal which was directed towards probing Indian team & fans while the other type of content was focused on congratulating the Pakistani nation. It is without any doubt that content based on events has become pervasive among social media managers as the majority of target audience express themselves over social media which creates a relevant connection for brands with their target audience. Brands should not share content just for fulfilling everyday post but every content should have a logical reason behind it.
Point to note in event-based content is that only different and relevant content prevails as it engages with the targetted consumer. Now I will blow my trumpet and share examples of such engaging and directed content which ruled over the social media after Pakistan’s victory.
JAZZ #NoIssueLayLoTissue
This campaign was launched in direct response to Indian marketing campaign which has been running for a lot of years with every victory of India over Pakistan. I believe the content had humour alongside a soft rebuttal from Pakistan’s side to the opponents. No doubt this video content got more than 2.5m views in less than a day with 204k reactions and 97,888 shares.
Campaign:

MAGGI:
Maggi couldn’t stay behind and like other brands shared a content which subliminally communicated its message to the audience with some element of humour. The creative content was lauded by the audience 48k reactions and 2218 shares as yet. 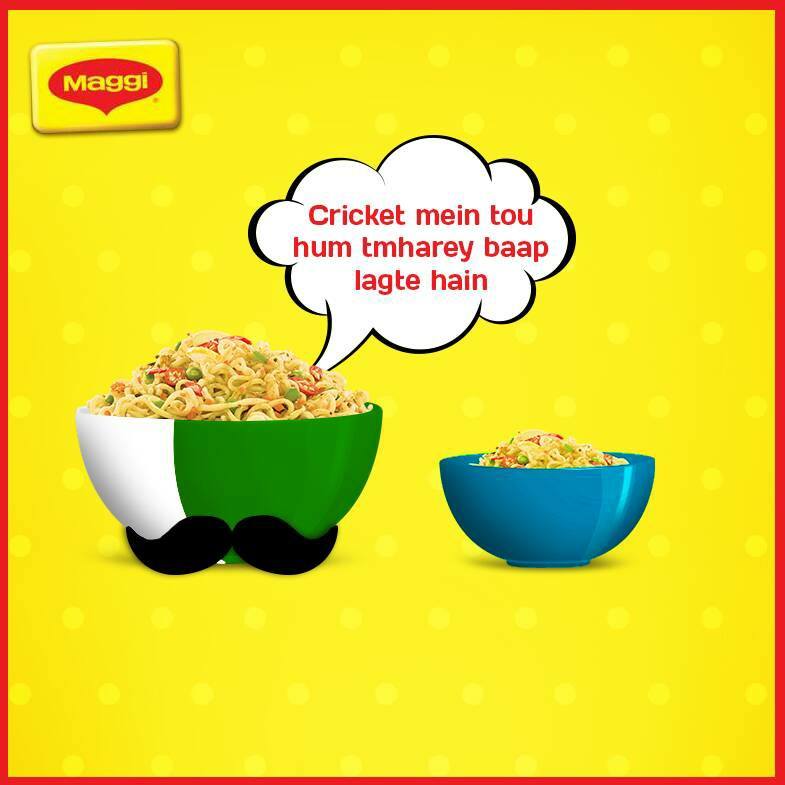 NESCAFE:
Nestle on the other hand brought its famous red mug into the creative which is shown doing dub step in the image. The caption and tagline were the key elements did magic for the overall content in making the content engaging. Till now the creative has locked 27k Reactions and 552 shares
#TeamGreen teaching the baby blues how to win! #HappyfathersDay #PakvsInd 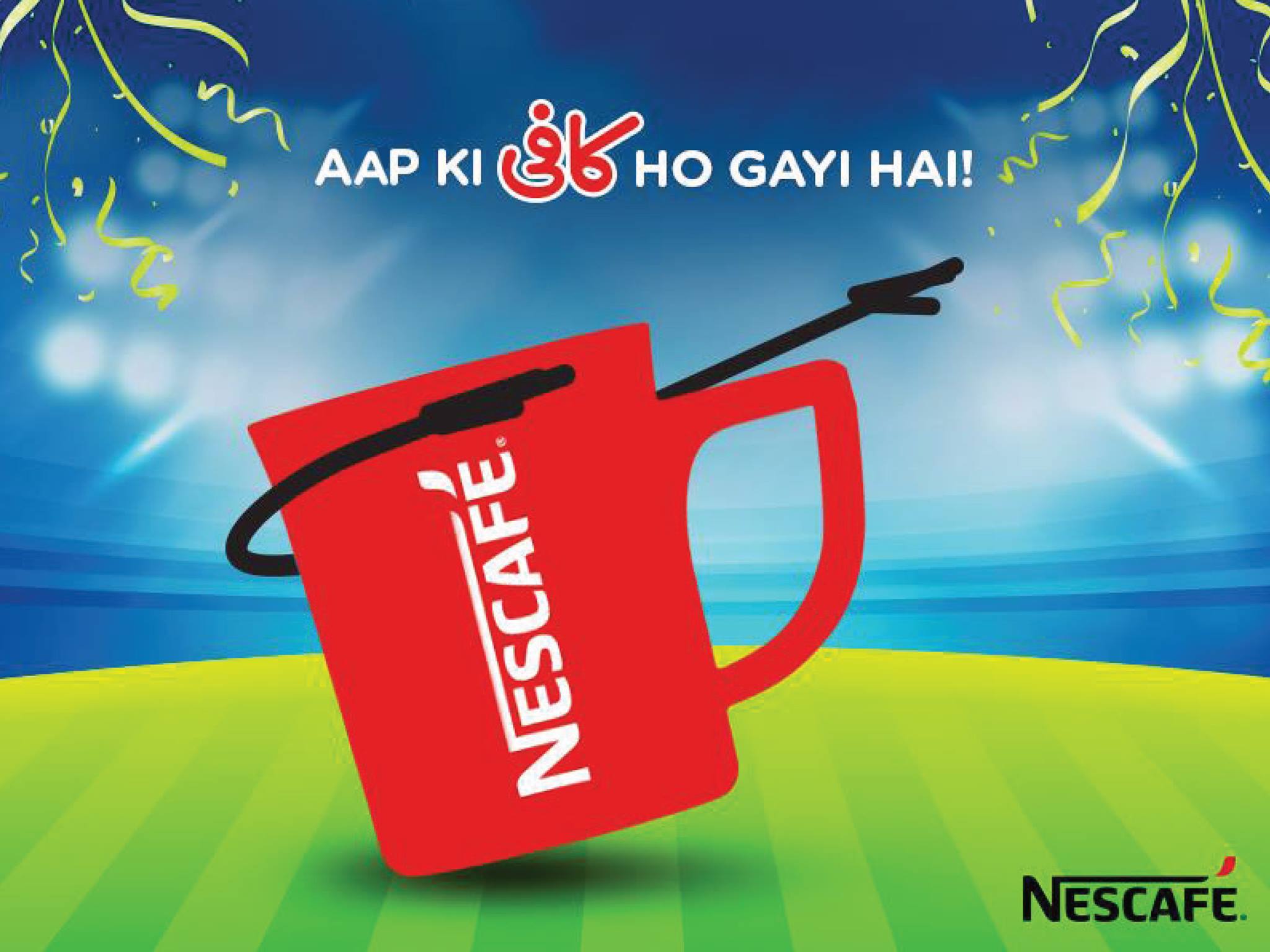 Brands should remain on toes in order to cash in from such winning moments by creating engaging and sharable content for the audience. Hence creating visibility for brands.