How to Effectively Battle Ad Fraud 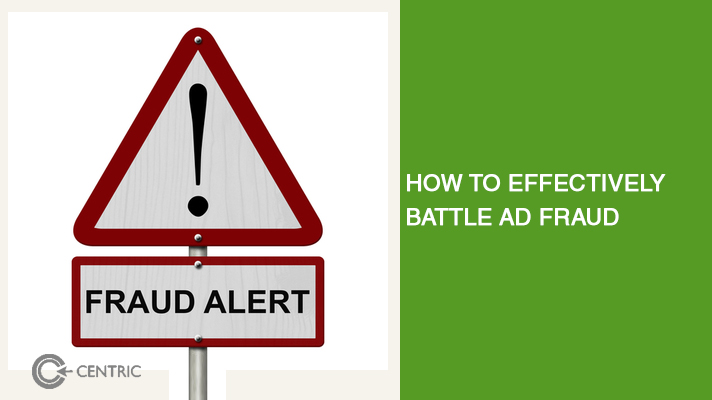 The content was originally published by Centric
One of the most talked about topics at the 2016 Mobile World Congress event was fraudulent traffic and how companies were setting out to battle ad fraud. The prevalence of the issue in the Middle East prompted the entry of Adjust in the MENA region last year. The company found that 2.5% of the traffic acquired by their MENA clients were from anonymized IP’s. Unfortunately, little has improved for the ecosystem of the course of this year but we do employ some layman and low-tech methods to effectively battle ad fraud.
Look out for referring sites that send lots of traffic that have a 100% bounce rate. This means that 100% of the visitors were irrelevant to your site and that channel needs to be syphoned off. Or perhaps some sites are sending you the exact number of traffic every month or even the exact same number of visits every month. This means that bots are in play, and you should blacklist publishers that bring traffic that negate value for your site. Keep an eye on analytics for similar signs of foul play, such as unexplainable microbursts of traffic.
Not always, but in most cases, traffic from nations that should be sleeping can also be a bot. Say your product is catered towards brokers in the UK. If you’re getting traffic at hours when the market is open between the 1:00 pm to 3:00 pm slot, and no conversions, those are probably not humans. A broker isn’t a broker if their eyes are glued to a Bloomberg dashboard when the market opens, simple as that. Apply common sense that pertains to the behaviour you would expect from your target market.
Also be wary of sites with 100% click through rates in paid search campaigns. It’s fun to be on a high horse, but the reality is that those clicks are likely just bots. No campaign is that good, straight and simple. Bots can be programmed to click on ads and linger on your site for hours, it’s not rocket science (it’s black hat data science).
Basically, weed out anomalies and be suspicious of non-human activity. Guilty until proven innocent. One of the ways by which we benchmark “human activity” is by looking at the metrics in organic search to get a sense of the real. Then we compare this to paid and spot inconsistencies. Blacklist often, vote with your dollars.
If you would like to deploy tech to battle ad fraud, I recommend a low-tech approach. Humans prefer wireless carriers and DSL providers. Humans seldom log into the internet from data centres. Identity regions that house data centres. These are usually low-cost cities or towns. If your traffic originates from their and doesn’t correlate to your campaign geography target, then you have to immediately filter out this traffic by adding some code to your web servers.
You should put a frequency cap that blocks an IP that, for instance, visits your site more than 100 times in a minute. Do the same for DDoS (distributed denial of service) attacks that occur with the sole intention of blitzing your site or overwhelming it with traffic.
While there is smart tech, like Adjust, to battle ad fraud, it’s always best to start with the low-tech methods first and assign a resource to monitor for fraud dedicatedly. Your conversion rate optimisation teams will be grateful.
While there is smart tech, like Adjust, to battle ad fraud, it’s always best to start with the low-tech methods first and assign a resource to monitor for fraud dedicatedly.
Source

« The Shady Side of Programmatic Advertising

WHO SHOULD CONSIDER BEING A YOUTUBE CREATOR? »
Become a Contributor