Articles
Posted By PAS
January 21 2015
1
Home Knowledge Articles How Does A Mobile App Win Over Competition?

How Does A Mobile App Win Over Competition? 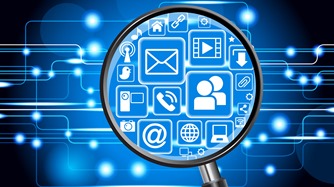 Regardless of the relatively small percentage of mobile users in Pakistan, well developed apps have potential to rack up substantial downloads over a period of time. Only recently has this trend sprouted in Pakistan where online businesses have started to develop mobile apps to boost their business.

Now the way in which these apps are developed and used is not simple. There are three ways a mobile app is categorized and developed according to their functions; Native, Web and Hybrid. All business practices are in contrast with each other and require unique roadmap to build its online presence.

There is exception to few cases when a certain coding is important for feature flexibility. Nonetheless, a mobile app’s success does not depend on the way in which it is coded. An app, in order to gauge its success, should win over the following basics:

User Interface
User interface isn’t only about the vibrant colors on tabs and bold fonts for easy read. It defines the feel of your app in one look. A good app operates on minimal tabs and provides greater accessibility by laying out everything on the screen for you to choose. From a customer’s point of view, an app should facilitate simple direction to wander deep, all the while performing on high speed.

High Speed Performance
We have been through stages where mobile apps begin to lag after a period of time. Regular crashing and freezing is why several apps are removed as compared to their competitor apps. Since the smartphone industry is still nascent, local apps focus on high speed performance. To cater to a wide variety of handsets most of which are low to middle end, you need to concentrate on making the experience fluid regardless of device.

Customer Support
The idea of customer support for an app sounds strange in Pakistan. But the fact is people generally do not wait to resolve their issues with an app; they simply remove it. To keep your current userbase, a strong customer support at back-end will be useful whether it’s finding a way to identify troublesome areas with slumping download rates or reduced usage of their app. A number of businesses are working on leveraging with their app customer support program.

Continued Updates
It is common for apps to freeze crash or lag however, if it continues to happen regularly, you wouldn’t consider much replacing them. That is when some practices come in handy. Regular debugging and system updates help mobile apps keep the current userbase happy while adding new users.

OS Compatibility
Nothing puts off a customer more than not being able to run an app on his mobile device properly. “We live in a diversified market where people have smartphones ranging from 10k to 85k. These smartphones run on different versions of operating system. Now you wouldn’t want your app to be used by only a percentage of people out there would you? Focus on OS compatibility”, says Basit Saeed, a Software Engineer.