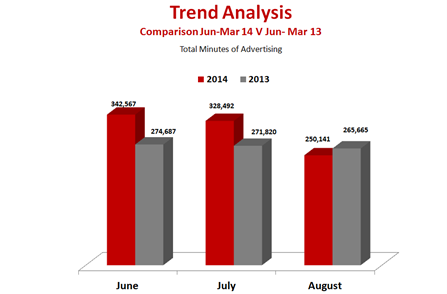 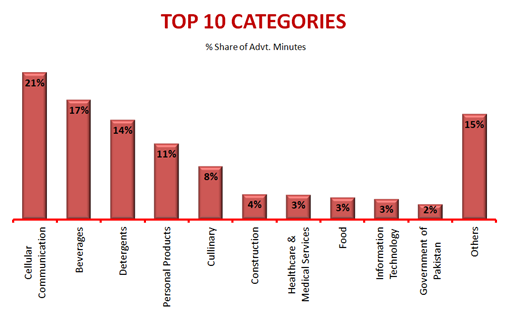 Highest share of advertising minutes in combined three months (June-August, 2014) is enjoyed by cellular communication sector followed by beverages and detergents accumulating to a total of 52% share. 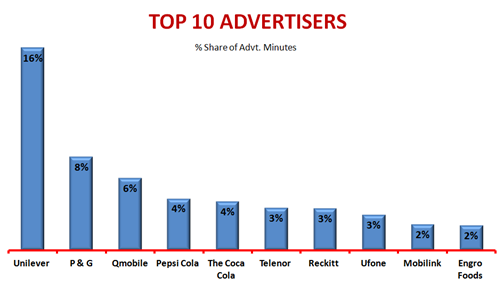 Unilever retains the position of top advertiser on TV enjoying a share of 16% with its competitor P&G following in the second position with half of its share (8%). Interestingly Pepsi Cola and The Coca Cola stands at fourth and fifth position with 4% share. 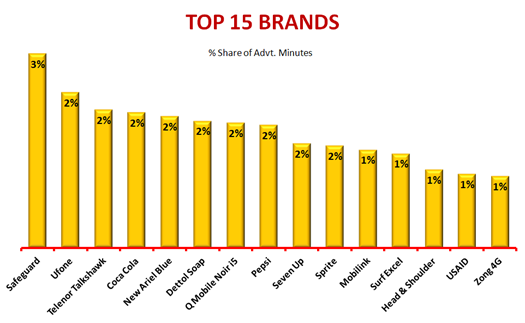 Here is the complete Report: