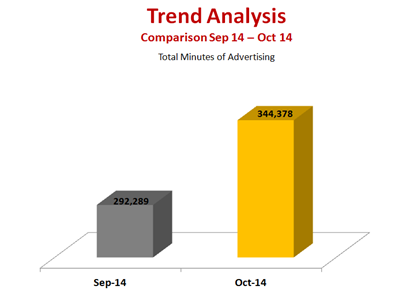 Compared to September, the total advertising minutes on TV increased by nearly 18%, whereas looking at the trend last Oct, the incremental minutes were 9.5%. 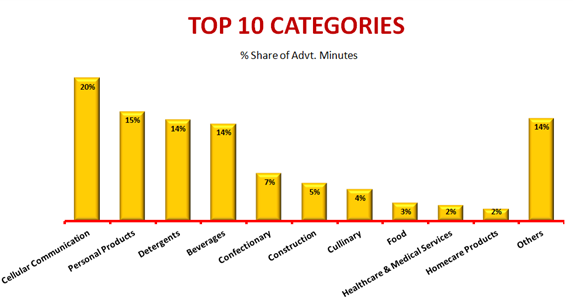 · The top three popular category on TV are Cellular Communication followed by Personal Products and Detergents amounting to a total of 49%.

· The share of construction and confectionery segments increased by 3% and 5% respectively.

· Representation of top 10 advertisers on TV represent 57% of the total advertising share with Unilever at the top (22%), Telenor at 8% and P&G at 6% respectively.

· Share of Coca Cola remained the same as last month (5%) whereas Pepsi increased TV advertising by 1% this month. 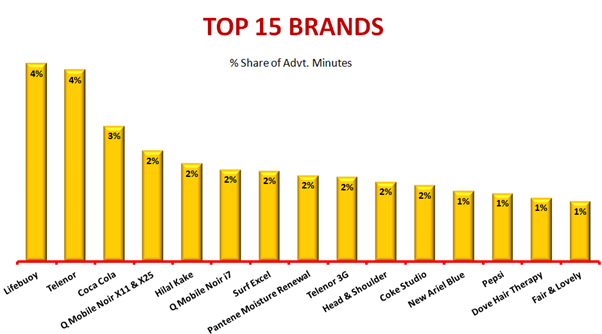 · Interestingly Safeguard and Tapal did not do significant advertising in the month of October compared to September as they were not amongst top 15 brands.

· Two new brands that advertised heavily in the month of October include Hilal Kake and Fair & Lovely. 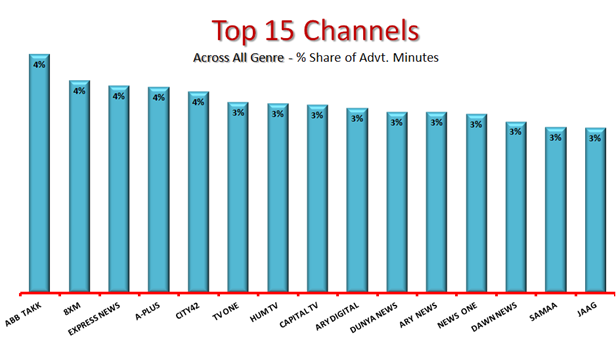 · The channels that enjoyed the highest advertising include Abb Takk, 8xm and Express News with a cumulative share of 12%. Compared to last month, the top three channels’ share was 16%.

· City 42, TV One and Hum TV were other prominent channels this month. 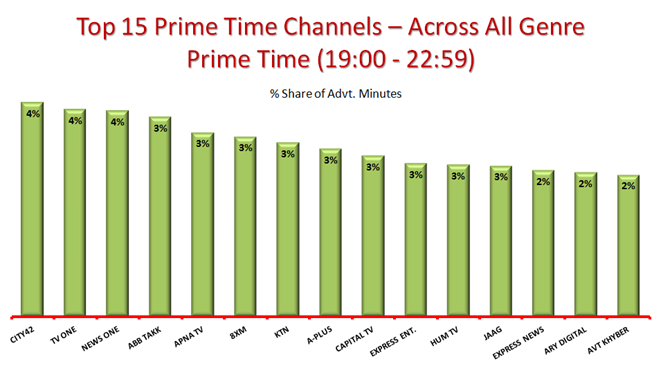 · Taking into account the prime time slot (7.00pm to 11.00pm), City 42 that was number two last month now stands at the top position followed by TV-One and News One.

· Interestingly KTN that was not a major advertiser in this slot in September, increased its advertising revenue by 4% in October 2014. 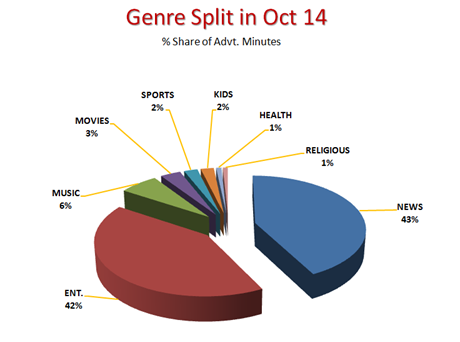 · Like always, the most popular segments that pulled heavy advertising remained News (43%) and Entertainment (42%).

· Music segment had 8% advertising share in September that dropped to 6% this month.