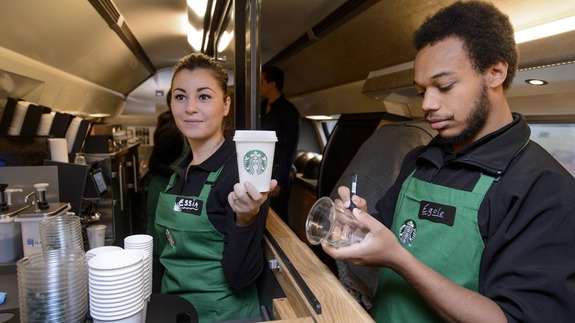 A Starbucks program that lets consumers buy coffee for friends on Twitter, has prompted about $180,000 in purchases to date since it launched in late October, according to a researcher.
Research firm Keyhole tracked all the instances in which someone used “@tweetacoffee” in conjunction with a friend’s Twitter handle and found that more than 27,000 fans used the program. Some 34% of users bought multiple gift cards and 32% of the purchases occurred on the first day.

We're excited to announce @Tweetacoffee, a new way to share the gift of Starbucks: http://t.co/E9OKYKYyV8

Launched on Oct. 28, Tweet-a-Coffee let you give a $5 gift card to a friend by putting both “@tweetacoffee” and the friend’s handle in a tweet. To do so, users had to link their Starbucks account to Twitter and their credit card to the account. Saif Ajani, co-founder of Keyhole, says $180,000 is a respectable return on investment since the program probably required a low investment. (Starbucks reps could not be reached for comment on his report.)
for More details: Mashable