Reflections on an age of faith 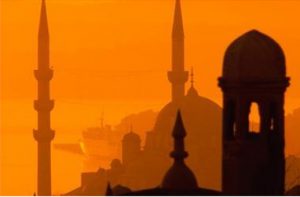 by Julian Saunders
When it comes to engagement, brands could learn a lot from the principal tenets of Islam.
I have made three happy visits to Karachi, enjoyed warm hospitality, made good friends and most recently have been a judge of the Pakistan Advertisers Society (PAS) awards. This has led me to believe that you need to step outside of highly secularised Western Europe to understand better the values of societies in which so many brands operate.
My first reflection is that industrialisation, the growth of mega cities and globalisation are not ushering in a more secular world, but one in which people have a deep need for the succour of identity and belonging. There is a parallel in our own past. The first great wave of urbanisation in the 19th century (and its attendant feeling of social dislocation) triggered an upsurge in enthusiastic religion as immigrants from the countryside sought new communities, bonds and identities to replace those of village and town.
My second reflection is about the power of Islamic values in building commitment and identity (and I hope people will forgive the glibness of seeing this in terms of brand building).
Keeping it simple
Consider the insights that lie within the Five Pillars of Islam (see panel). There are only five, not 10 (few people can remember the 10 Commandments), so when it comes to the battle of the easy-to-understand and easy-to-remember mission statements, Islam wins hands down. If you wish to secure a mass following, simplicity is critical.
Promoting action to secure commitment
The Pillars of Islam involve clear directions to do things, not injunctions to stop doing things (most of the Christian 10 Commandments are prohibitions). Few people remember or feel committed to things they have not done. In fact, most of our professed attitudes are self-rationalisations of our actions – of things that we are already comfortable and familiar with because we have experienced them. Minds tend to follow behaviour, not lead it. Confucius expressed this truth eloquently: “Tell me and I will forget; show me and I will remember; involve me and I will understand.”
Mass expressions of support
In Hajj, Islam has developed the Glastonbury of all pilgrimages. About four million people went on Hajj in 2012. It was not always so big – that is a development of the past 30 years. Hajj is a global event, with pilgrims zeroing in on Mecca along well-established routes from all over the world. It is well-organised, with five distinct and well understood stages. Hajj is much anticipated and much celebrated afterwards in the stories of those returning. Chaucer, in The Canterbury Tales, showed us that the stories of pilgrims are powerful expressions of cultural bonding, but these days it is Muslims who have the stories to tell (and the pictures to share on their Facebook pages). Hajj also enjoys what marketers call the ‘brand leader effect’ – the biggest brand in any market has disproportionate power.
Woven into the fabric of daily life
Islam also wins in share of voice (SOV) terms. Christian churches may ring their bells once a week but the Muezzin declaims the call to prayer to the local community five times a day. Islam is simply more woven into the fabric of daily life and therefore more of an automatic habit. Muslims may not thank me for making a connection with a symbol of western materialism, but both Islam and Coca-Cola understand the importance of being (as Coca-Cola once expressed it so poetically) “within an arm’s reach of desire”.
Time as the true measure of commitment
Islam makes regular interventions into the daily lives of its followers and literally organises their time, with its requirement to stop and pray five times a day. Time more than money is the true measure of commitment. Think of things that you most identify with and are most committed to. They are likely to be ones that you spent the most time with on a regular basis.
What does this mean for brands?
Islamic societies are very young in age profile, but don’t be fooled by surfaces. Young people in Pakistan are enthusiastic adopters of all the modern digital media and mobile devices – more so than in the UK in my experience – and the TV formats look very familiar. Nevertheless, they are deeply connected to their parents’ values and want to integrate Muslim and modern values. The web connects the Ummah. In fact, you can visit ummah.com.
Values really matter
Remember what sharia values really are: honesty, respect, consideration, kindness, peacefulness, authenticity, purity, patience, discipline, transparency, modesty, community and dignity. So be sure that your brand’s professed ‘corporate social responsibility’ is sincere.
________________________________________
Julian Saunders is founder of The Joined Up Company and blogs at joinedupthink.wordpress.com. This article was taken from the June issue of Market Leader. Browse the archive here.

« Cannes 2013: Is PR entering a new phase of creative recognition?