A snapshot of the Radio Industry – May, 2014. Find out who’s leading the industry with radio campaigns? Who’s getting the best return from radio?

RADIO INDUSTRY REPORT gives the overall picture of advertising on RADIO during the month of May, 2014. It covers top advertisers, categories, brands and FM Channels and their % share in total advertising in terms of minutes. The report also focuses on share of FM channels, share of each genre and ad-spend split over the time slots. 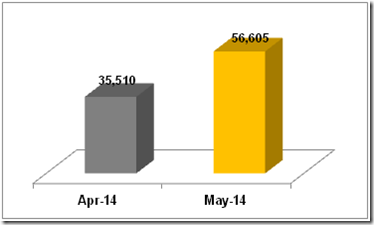 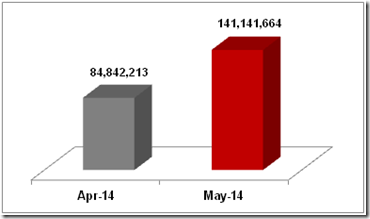 INDUSTRY TOP 10
[CATEGORY]
(BASED ON NUMBER OF MINUTES)

For the last 3 months, Telecom category retains the top position as the most advertised category on Radio with a share of 10%. The top 10 categories contributed 55% to the total ad spend on Radio in May 2014.

INDUSTRY TOP 10
[Advertisers]
(BASED ON NUMBER OF MINUTES)

INDUSTRY TOP 10
[BRANDS]
(BASED ON NUMBER OF MINUTES)

Interestingly Coca Cola brand that advertised the most on Radio in April 2014 did not advertised at all during May 2014. Ufone and Tarang brands retained their position as number 2 and 3 respectively. Last year PTI was the top brand advertised on Radio in May 2013.

INDUSTRY TOP 10
[CAMPAIGNS]
(BASED ON NUMBER OF MINUTES)

The top advertised campaign on Radio in May 2014 was that of Gala (Mere Des Ka Biscuit), enjoying a share of 5.2% followed by Safeguard anthem. 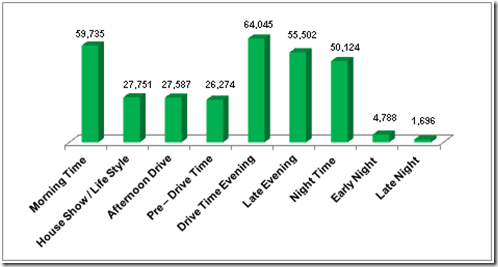 The most popular time slots for advertising on Radio remained Drive Time Evening, Late Evening and Morning Time throughout Pakistan. 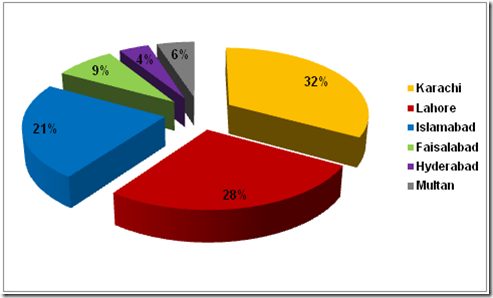 The top 3 stations of Karachi, Lahore and Islamabad enjoy a combined share of 81% of advertising on Radio.

Radio Channel FM 107 that consistently remained the most popular channel for advertisers in March and April dropped to position 4 in May, 2014. FM 106.2 switched to number one position in May 2014 mostly owing to a recent campaign of the channel heavily advertised.

Total number of ads across top 6 stations rose by 33% in May 2014 with Karachi enjoying the highest share of 32%.