A snapshot of the Radio Industry – June, 2014. Find out who’s leading the industry with radio campaigns? Who’s getting the best return from radio?

RADIO INDUSTRY REPORT gives the overall picture of advertising on RADIO during the month of June, 2014. It covers top advertisers, categories, brands and FM Channels and their % share in total advertising in terms of minutes. The report also focuses on share of FM channels, share of each genre and ad-spend split over the time slots.

· Telecom, Biscuits and Beverages remained the top 3 industry segments to advertise on Radio in the month of June, 2014.

· The marketing entities that advertised heavily on Radio in June 2014 were Unilever Pakistan, Continental Biscuits and Ufone GSM accounting a total of 27% of the total ad spend on Radio.

· The most prominent brands on Radio were Gala, Ufone and Jam-e-Shireen. 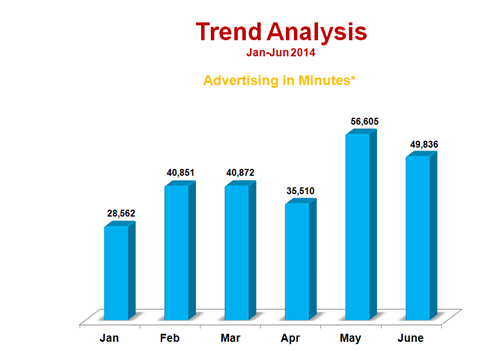 . May is the highest month in terms of minutes of advertising followed by June and March 2014. 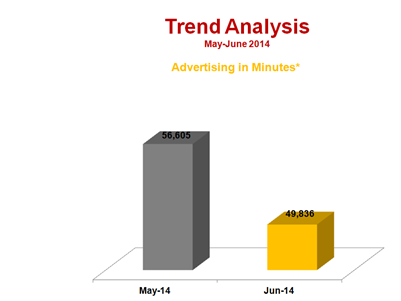 · The overall advertising share dropped by 12% in June compared to May 2014. 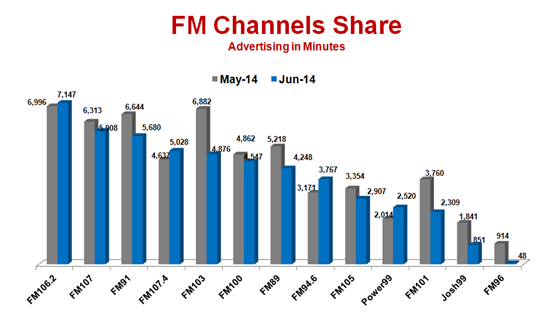 · Top three radio channels that attracted the most advertising were FM 106.2, FM 103 and FM 91 enjoying a total share of 48% of the total advertising minutes. 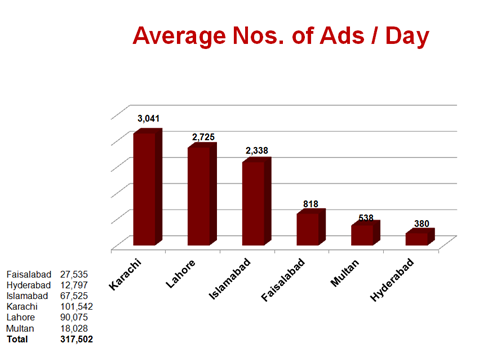 · Karachi, Lahore and Islamabad enjoyed the highest advertising share accumulating to a total of 83% of the total market share. 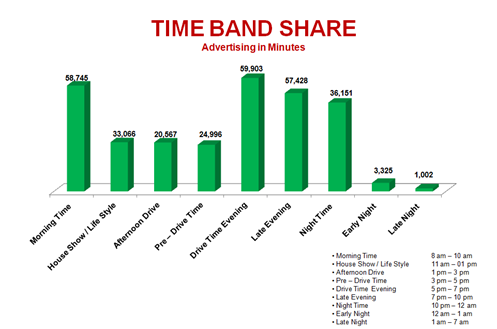 · Following the last 6 months trend, Morning Time, Drive Time Evening and Late Evening slots were most successful and attracted the highest number of advertisers throughout Pakistan. 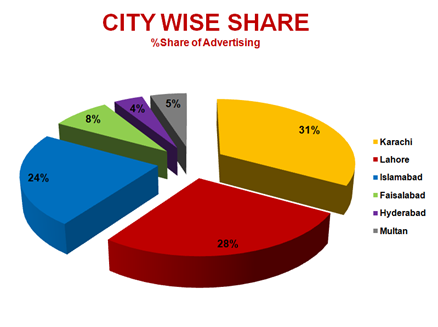 · The average total number of ads that ran per day in Karachi, Lahore and Islamabad totaled up to 8104 ads of which Karachi enjoyed a share of 38% followed by Lahore at 34% and Islamabad at 28%.