The AGM was attended by all the major advertisers of Pakistan. The Executive Director of PAS, Mr. Qamar Abbas, presented key initiatives of 2021 along with some of the important industry issues. The agenda for 2022 was also proposed to the members. This was followed by a presentation on the Effie Awards Pakistan by Afsheen Rizavi, project head and General Manager, PAS.

The AGM also marked the end of two-year tenure of the current Council and the Office Bearers. The elections for the new council were also part of the proceedings.

Dr. Zeelaf Munir, CEO and Managing Director of English Biscuit Manufacturers was elected as the Chairperson of the Society. She is the first woman to hold this position. She said “I am honoured and proud to be nominated as the first woman Chair of the Society. I strongly believe in the cause and the role marketing and marketers can play for a sustainable future that is diverse, equitable and inclusive, which will be our area of focus in 2022 and onwards along with some meaningful initiatives for the fraternity . I thank all my council members for putting their trust and faith in my leadership and hope to deliver on their expectations to the best of my ability”.

Khalid Farid, CEO Gillette/CCO P&G was elected as the Vice Chair and Farheen Salman, CEO, Ekaterra – A Unilever Tea Company was nominated as the General Secretary of the Society. 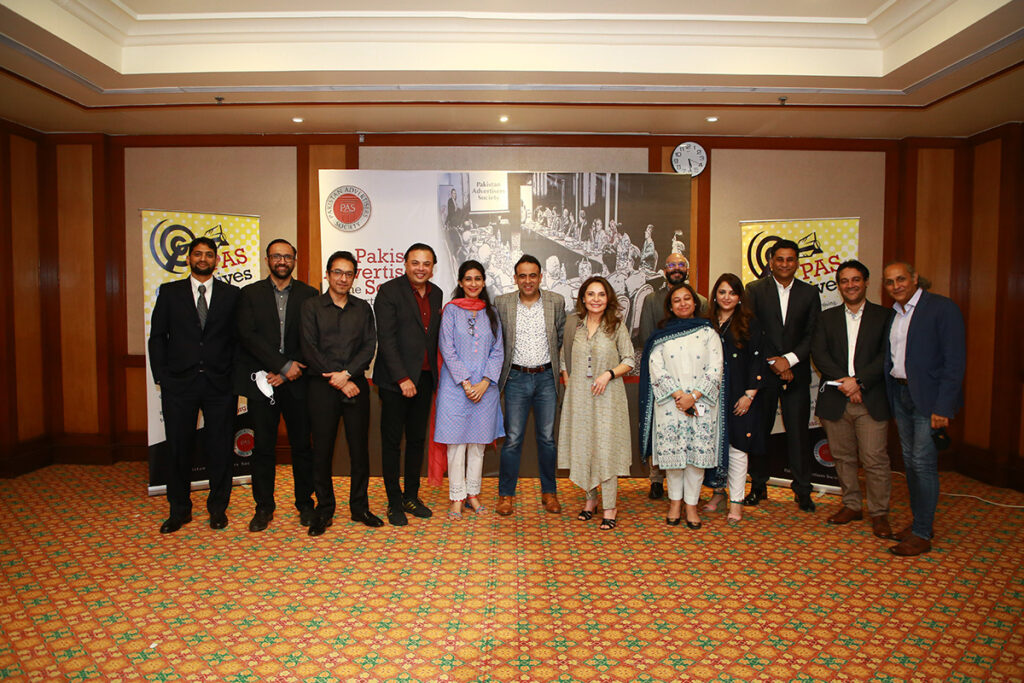 Thanking the outgoing Council and the office bearers in particular and welcoming the newly elected Council, Qamar Abbas, Executive Director PAS said “the unwavering support of the board, their commitment and dedication to the cause is what encourages all of us to push our boundaries and do more for the industry. I also thank all the member companies, as each one of them have been critical in help us grow our services and sustaining all the initiatives. Without them, we wouldn’t be able to achieve what we have this year”.

The new council will start its term from 1st of January 2022.

The AGM was concluded on a high note with Asif Aziz handing the Chair to Dr. Zeelaf Munir and thanking all the members of the Society and specially the Council for supporting him during his tenure. He said “I would like to urge all the companies that are part of the PAS fraternity to keep lending their support to this industry body that we have together brought this far. For the companies who are yet to come onboard with us, I would say that the time is now for you to join forces and play your part in making Pakistani brands and communication stand out and shine across the globe.”

Our newly elected office bearers and the executive council!

Great to have @Zeelaf munir as our new, and the first woman Chair, @Khalid Farid, Vice Chair and @Farheen Salman as the General Secretary of the Society.

Looking forward to a great start to 2022!