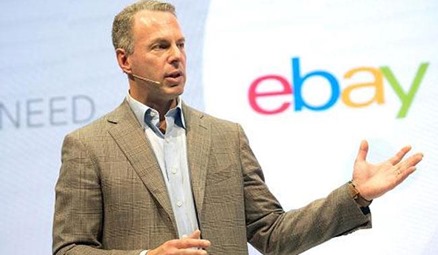 The Chief Executive Officer of eBay, Devin Wenig encouraged Pakistanis to use the e-commerce site.

In a Facebook Live session at the World Economic Forum (WEF), Devin Wenig said eBay did not have a local Pakistani version, however, there were customers shopping from the country on various eBay sites.

"Anywhere where wealth is growing and technology is being adopted, e-commerce is growing like crazy," he said. These are one of the fastest growing markets we have around the world," he said.

He said that South East Asia, Eastern Europe and Latin America were places where eBay was particularly focused since there were people who were growing in wealth but didn’t have access to goods. Hence, people made use of eBay to gain access to these goods.

With regard to the benefits of e-commerce, Wenig claimed that eBay helped millions of entrepreneurs sell their goods to a global consumer base.

"In the era before tech, you could only sell around your block and how do you market or get your product sold? In the world of tech, you plug into eBay and you’re a global business," he said.

Regarding Davos, Wenig stated that he felt this year at Davos was comparatively a bit negative and there was some concern about the rising nationalism and populism. However, he stated that he was an optimistic person and it was wonderful how people from around the globe to help make the world a better place.

« Coca-Cola to Invest $200 Million in Pakistan