Burger King helps you to #ESCAPETHECLOWN with their new ad

Burger King has come up with a new ad trolling their long-time rival, McDonalds. With the release of the movie “It: Chapter 2” featuring scary clown Pennywise, Burger King got any opportunity to tease their rival over its association with clowns. To increase its registration for MyBKapp, BK sneakily placed an ad in a cinema-themed magazine that is published by McDonalds and available at restaurants. Visitors to McDonald’s are geo-targeted by messages inviting them to scan the ad, and they are then led to an augmented reality “Escape the Clown” coupon for a one cent Whopper at the nearest Burger King if they register for the MyBK app. However, there’s a countdown clock on the offer; but Burger King provides customers with directions.

Burger King started trolling McDonalds in 2017 when the first installment of “It” came out for its association with the clown and now it is trolling the fast food chain again with another ad in Germany, created by local agency Grabarz & Partners. 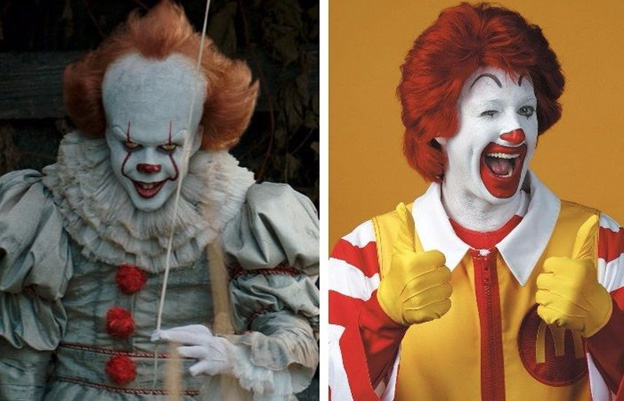 « THROUGH THE YOUNG SPIKES DIGITAL COMPETITION, PAS WILL BE SENDING THE BRIGHTEST TEAM TO SPIKES ASIA FESTIVAL 2019