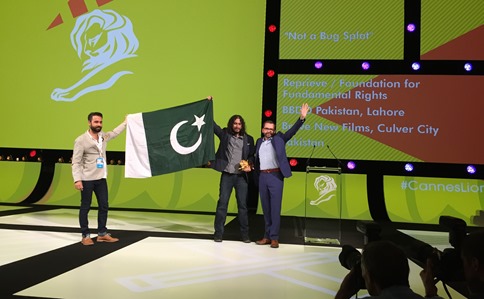 The two Gold Lions were won for the agency’s "Not a Bug Splat" campaign for Reprieve/Foundation for Fundamental Rights (which, puzzlingly, was entered into Cannes last year and won a Bronze Lion in the Direct category plus three shortlists across the Promo & Activation and Direct categories). BBDO worked with local artists to install a super-sized portrait of a child in the fields of the heavily bombed north-west border region of Pakistan. Drone operators are confronted with the image, rather than anonymous ‘bug-like’ dots on their camera screen, persuading them to think twice. 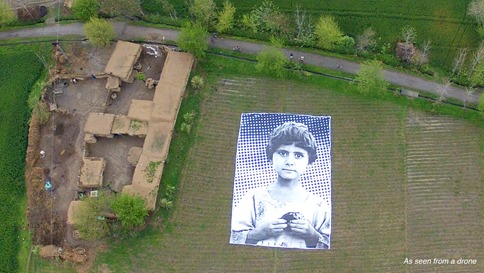 The campaign has so far also been awarded a Bronze Lion (in 2014), three Silver and seven Bronze at Spikes Asia, two Silver and a Bronze at One Show, three Pencils at D&AD, a Gold Effie, five Golds, three Silvers and two Bronze at Dubai Lynx, four PAS Awards along with several other awards.

BBDO’s Bronze Lion was for a campaign the agency did for Moltyfoam called ‘The World’s First Billbed’. The campaign was about installing billboards for Moltyfoam that could be converted into beds at night. 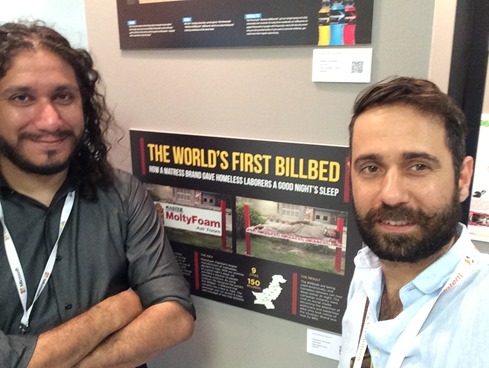