14 Instagram Data Findings That Every Marketer Needs to Know 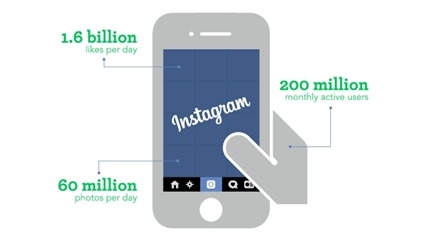 Instagram’s well-documented rise as a mobile-social platform has intrigued marketers for the last few years, but data showing what content works versus what doesn’t has been scant—until now, that is.

Simply Measured studied the Interbrand top 100 list on Instagram during the third quarter and pitted the stats against its 2012 and 2013 benchmarks for the same period. For example, the Seattle-based vendor examined these names in its research: MTV; Mercedes-Benz; H&M; Nike; Starbucks; BMW; Adidas; and Disney.

Below are 14 compelling, data-driven discoveries the company shared first with Adweek. And below are more category-based numbers from Simply Measured to chew on.

Infographic: What the Color of Your Logo Says About Your Brand »
Become a Contributor