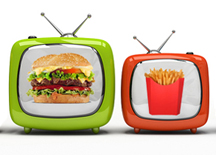 Following a meeting on 10 December, the United Arab Emirates government announced in a press release that it had approved a set of measures to address the widespread obesity problem in the UAE, including restrictions on “unhealthy” food advertising.
The Government also agreed to limit the size of sugary drinks, to impose calorie counts on food labelling, as well as to introduce common standards for banning “unhealthy” food from being sold in government and private schools.
“The retreat achieved one of its most important primary goals, which was to draw up ideas and programmes – not between members of the council of ministers only, but also with specialists and those in the field,” said Prime Minister Sheikh Mohammed. “If we provide the same education and health services as 10 years ago, then we are 10 years behind, and if we said today what we said 10 years ago, then we have wasted 10 years of our lives.”
PM Sheikh Mohammed said that stakeholders’ feedback will be welcome throughout the year to ensure the development and implementation of these measures in all public services.
While no additional details about the measures adopted were made available, the local industry will reach out to the government to understand next steps in more depth and ensure their awareness of the local Gulf Cooperation Council (GCC) Pledge on Food Advertising to Children.