Popularity of Sports Among Internet Users

There is no question that there is wealth of opportunities when marketers embrace changes in society. With the ability to expose people with the right ad at the right time, there is an even greater need for brilliant creative to keep the consumer engaged. Similarly as time has passed technology has evolved which has brought changes in consumer behavior. Be it their daily habits or routine tasks which are done in the offices people have changed.For example mobile phones are now used for emails, tablets for video games and what not.
According to Globalwebindex almost 50% of internet users watch sports online. PC/Laptops are more popular in watching sports content online but mobile cannot be ignored due to its convinience. Specially with introduction of 3g/4g in Pakistan we can conclude that Pakistanis wont be staying behind in watching content online.
Following image depicts behavior of internet users: 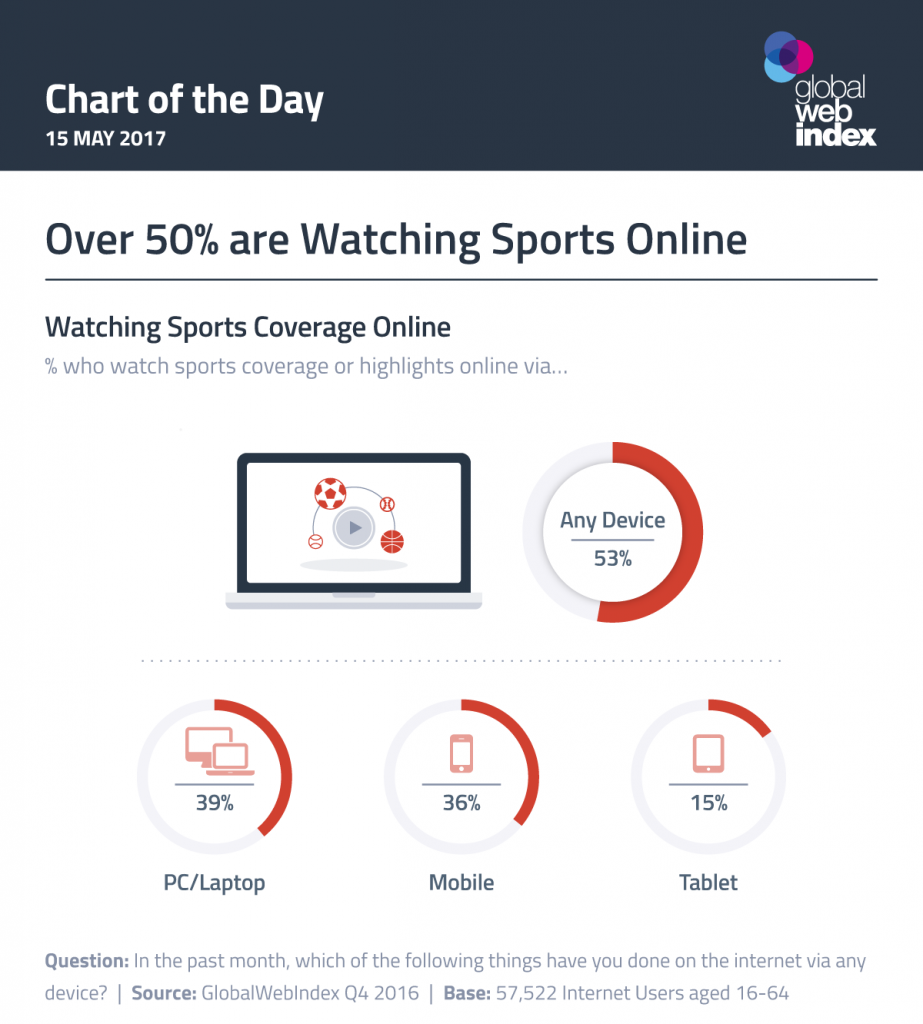 Source: This article was first published by Katie who is Senior trend analyst at GlobalwebIndex
Across the demographics we see some expected peaks: 25-34s are the biggest online sports viewers (60%), while men (64%) have a substantial lead over women (40%).

Know about Bitcoin »
Become a Contributor