In 2017, UK’s largest amateur football league, the ‘Leisure Leagues’ decided to expand its operations into Pakistan. 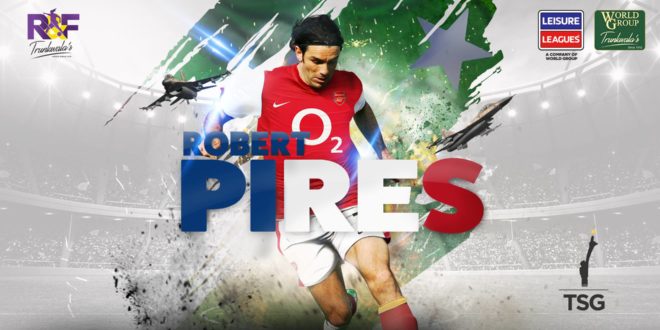 It all started when the Leisure Leagues initially announced that legendary footballer Ronaldinho will be visiting Pakistan in the upcoming summer months.
From here on, the organization managed to attract other prominent international and local footballers who will feature in a 7-man-team exhibition match between Pakistan Stars and Rest of World Stars.
The complete list of international football stars (so far) includes:

The latest entry to the list is Arsenal and French football legend, Robert Pires. After the announcement, the organizers released the following video:

Thank you #RobertPires for accepting our invitation and joining #RonaldinhoAndFriends this summer.