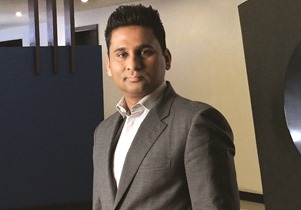 A graduate of the Judge Business School, University of Cambridge, he began his marketing career with a sales job; he later joined Unilever Pakistan as a management trainee. With his sheer determination and passion, he climbed up the corporate ladder to Regional Brand Activation Director in a span of 11 years.

Currently busy handling the marketing unit at Tapal Tea, Koraishy took some time out from his hectic schedule to share his views on some of the most apparent yet unresolved ambiguities of Pakistan’s advertising industry.

Commenting on whether he thinks Indian ads are better than Pakistani ads, Koraishy said, “On an average, I do. I admire them, we wish we could do work like that. I think advertising, the whole industry, is fed by cinema and I suspect that if you think about it – if you have a big cinema industry like Bollywood – it produces actors, technicians, story writers, people who can do copy, people who can spot deep insights, people who can perform, people who can shoot, and think of every aspect of campaign development and people who can act, sing, compose music.”

Explaining the reason behind the lack of creativity in our local ads, Koraishy shared his views that a regional and global approach by MNCs has damaged the evolution of creativity but at the same time, it has given a wide berth to local FMCGs to emerge as significant players.

According to him, the lack of creativity is also directly related to a huge brain drain in Pakistan. In his own words, “One challenge I feel for Pakistan, without going into that sad discussion, we have a huge brain drain happening and that also impacts the work. So anyone with some talent gets sucked out and wants to leave – young people want to leave. You need a critical mass of people who over time gain experience because this is an experiential skill. And then they continue to learn, make mistakes, do work, and do that work. We somehow keep on losing people with those skills or with that experience. And that is a reflection of the times we live in.”

“The week that led up to the PAS awards – think of it as an industry and we are a tiny industry – we lost Masood Hamid in strange circumstances, Sabeen Mahmud was shot the night before. This is just Karachi, which is one city of this country. Consider the impact on young people who are moving into jobs and are in their twenties,” he further added.

In his views, the revival of cinema will have a positive ripple effect on the advertising industry of Pakistan. This will also create room for local celebrity endorsements instead of Bollywood stars. In his own words, “The fact that – if I recall correctly – Pakistan’s going to produce sixty to seventy movies, I think it’s going to have a huge ripple effect on the celebrity pipeline, it’s going to have a huge ripple effect. – It’s going to produce people who can edit, (all the technical sides of advertising) great musicians, it will help nurture. If there is work, people will come back into it. I think it will have positivity coming into advertising also.”

« As Media Consumption Becomes Liquid Across Platforms, Brands Better Learn How to Surf