While Dunkin’ Donuts is all geared to unleash creativity through their newly appointed agency – Circuit DRAFTFCB in Pakistan, a new ad of Dunkin Donut from its Thai division is raising eyebrows. 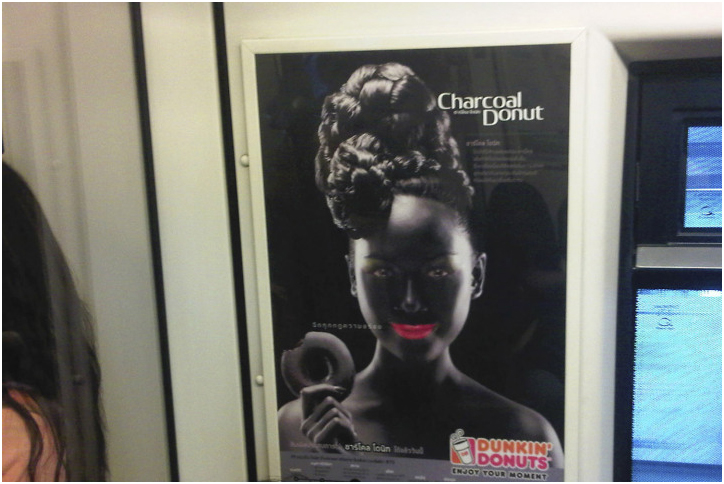 Dunkin’ Donuts Thailand recently released an advertisement for the company’s “Charcoal Donut,” which displays a young woman wearing pink lipstick and complete blackface makeup. The woman is holding up a partially eaten chocolate donut next to text that reads: “Break every rule of deliciousness.”
The marketing campaign immediately drew outrage from both human rights organizations and average citizens who termed it as a racist ad. Phil Robertson, deputy Asia director for the group, called the ad offensive and demanded that Dunkin’ Donuts apologize.
Nadim Salhani, CEO of Dunkin’ Donuts Thailand said that donut sales have gone up 50% since the ad launched — an increase he credits to interest in the company’s new marketing.

CrackIt 2013 – Shortlisted Teams for the Final Round »
Become a Contributor