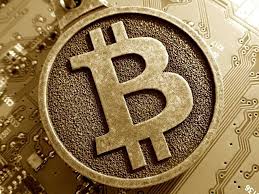 Bitcoin is seeing a price surge since last year, but this time the roll is big enough to take the cryptocurrency to its all-time high price of $1186, overtaking its previous best of $1165, set all the way back in November 2013.
The currency has risen more than 25 percent this year already, following a drop of 5 percent in January. Based on the current trend, the currency is likely going to keep climbing in value.
What’s more baffling is the reason behind this recent surge is hard to pinpoint.
Read More: Craig Wright Won’t Give Proof That He’s the Bitcoin Founder
It could be closely linked with the surge of stock exchanges including NASDAQ, Dow and S&P 500, which all recently reached all-time highs, though, that would be an anomaly since alternates like Bitcoin generally do better in opposite situations.
It could be linked with an increased value of yuan in China, which is causing people to look elsewhere, or the unstable political and economic situation in a number of locations. The first ever ETF in the US could be linked to its rise, or it could just be the fact that the industry is increasingly seeing it as a currency and not as an asset anymore.
All-in-all, this could be a sign that the seldom-regulated currency will finally be following the pattern followed by exchanges more closely from now on, rather than following a tune of its own.
As it stands, it is again difficult to say anything with confidence regarding the currency, given we have already seen its volatility just earlier this year.