14th of August from the Brand’s view

Every year, the nation celebrates the independence of Pakistan from the British rule and the formation of our own country. The flag is hoisted, green is spread all over with people adding the colour to their attire for the day, to painting their faces. Public holidays and unique occasions are a great reason to spice up your marketing communication and drive lost consumer interest. On a day when patriotism is high, a brand can bandwagon on the sentiment of emotions and deliver how they play a part in celebrating their nation. The following are some of the campaigns that we caught on our television screens or our smart devices.

Always’s campaign highlighted the need for menstrual hygiene in the country because 1 in 3 young girls have to miss school due to their periods. One of the reasons this happens is because girls do not have the confidence to move around during their period. The TVC compared the lives of a happy, healthy girl in a uniform and another girl who was in her home clothes. Both go on about their day, with one learning and one missing out due to a biological process not in her control restricting her. Along with the TVC, there was a call to action through a social media campaign, where people commented with the hashtag #AlwaysAzad and the brand donated pads for every comment. To spread more awareness about the subject taboo in our country to date, influencers shared their photographs with Always written on their closed knuckles and Azad written on their palms.

Gala used the power of music to communicate their message of a diverse Pakistan. With singers like Shafqat Amanat Ali and Humaira Arshad, the TVC began with colourful truck art. The lyrics spoke about the 5 rivers and the different provinces while the video showcased dancers and pottery.

Like Gala, Khaadi was another brand to use music in celebrating Independence Day. Abida Parveen sung the song ‘Jugg jugg jiay maira pyaara watan’ and the music video began with a message of how Pakistan is not Pakistan without the white in the flag of green and white; white which represents the minority. The video followed the initial message by showcasing all the religious diversities in the country including Christians, Hindus, Sikhs, Buddhists, Muslims and other segments such as Boris, Shias and Sunnis. The video also highlighted all places of worship and how everyone in the end, being Pakistani, are united under a common flag.

Habib Metro’s ad featured the next generation and the changers of the country, the children, who spread messages of positivity while they stood in a circle dressed in green and white. They all voiced out how everyone is independent in making the right decisions, spreading education and resolving issues. The message gains strength when the voice over states that we’re not only independent on one day but every day of the year to be better citizens.

Another bank, Bank Islami also rejoiced the spirit of independence day simply but beautifully. They showcased their employees humming to the national anthem and everyone breaking into the anthem together, including customers. In one voice all sung the anthem joyously, but their voices were interrupted when the boss enters. However, nobody can stand against people celebrating united, and he joins in too. From bottom tier to top tier management, everyone is shown as equal.

During the month of August, which was coincidentally also when Eid occurred, Waves developed a series of ads. Three of them were released, one focusing on a parent considering the choice of their daughter in her marriage, the second focusing on sharing meat on Eid and the last, focusing on harassment. Each ad was witty, had great rhyming dialogues and a well-executed storyline. The ads all ended incorporating how Waves products benefit the consumer as well. 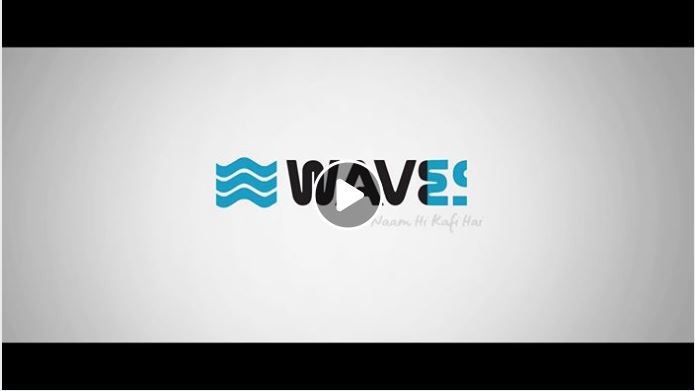 What did you think about the following ads? Did they incite patriotism or did some miss the mark?