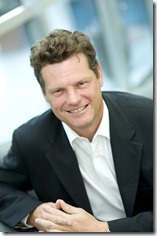 Being a seasoned adman with nearly 28 years of experience,
in this exclusive interview he talks about major regional developments in the field of advertising, foreign affiliations, the JWT HIP Club and the direction of the company.

PAS:  What do you feel about the PAS Awards initiative to honour advertising talent in Pakistan?

Bob: This is a terrific step forward for the industry.  I can’t remember who said “what gets measured gets achieved” but by recognizing, honoring and celebrating greatness, the PAS is helping to establish benchmarks for what greatness is and shoulders for others to stand on.

PAS: Since you judged the PAS Awards 2014 – Best in Digital entries, how would you rate the creative idea, effective output and the quality of submission compared to any international campaign?

Bob: There were an enormous number of good campaigns and some very good ones.

I think what generally differentiated the average from the very good were probably in two areas:

Many cases took a very generic approach saying their challenge was “to have strong digital presence” or something similar.  As a judge and certainly an international one we are looking for “real meat” … the real challenge the brand faced or the real challenge the digital team faced given whatever factors effected them (eg network capability, spend, competition etc). I would strongly ask case authors to make the challenge as juicy and challenging as possible!

Related to that many results seemed to stop at the number of FB likes or increased website hits. While they demonstrated digital did something in the digital space, not all showed they helped the brand or the business.

PAS: What is that one medium that is most crucial for any advertising campaign?

Bob: A very good question without one answer.  A recent analysis, I believe by WARC on Asian effectiveness Cases showed that all or almost all the winning ones used multiple media, often …  4,5,6,7 different channels.  More important that the medium is the quality of the brand idea, the quality of the campaign idea and its ability to engage and involve people. And when you use multiple channels they must integrate together.

PAS: What major regional developments do you foresee bound to impact the advertising scenario in general?

Bob: The two major forces are not really new but are accelerating across the globe.

One is diversification.  100 years ago people were lucky to have one newspaper to read, if they could read. Now its 100s, and tens of thousands of magazines, tens, hundred, thousands, tens of thousands of radio stations, a mass of TV/cable channels in all languages and an almost infinite amount of content and opinions via the internet and social media.

One consequence of this is the need to entertain and engage people, ie get them actually involved.  With so many channels and brands competing for people’s time you need to be interesting both in what you say and how you say it. And increasingly that means giving the people a say too, not just talking to them. Hence the boom in reality TV, social media etc.

The other major force is consolidation and integration. This is happening both at an operational level (ie companies or holding companies now offering total services such as media, research, advertising, PR, digital, activation etc) and at a brand level, more and more clients want to ensure that their brand has a clear idea, the brand idea, and that all the diverse communication routes are working together. Brand consistency is key.

PAS: How do find the local Pakistani advertising agencies fitting into the regional perspective or on a broader scale internationally.

Firstly, if you m
ean local but already part of network, such as JWT Pakistan or our second agency affiliate Walter Pakistan, then they have the potential of being a source of business (growing fast and aiding the network), a source of ideas (good ideas travel and both of them are well networked with the rest of our network) and as a source of talent – smart, bright, can do people that are valued in what is an increasingly regional and global environment for both agencies and clients.

If you mean ‘’local” as in 100% locally owned, locally created and locally targeted, then I think all the above is still true, but no doubt agencies with special talents, be it in client categories or in service specialty (eg rural marketing, digital, mobile etc) will be attractive either for acquisition or affiliation.

Big agencies want and are willing to invest in what are seen as relatively new and growth markets – be that in terms of geography or specialty. Pakistan offers both.

PAS: What in your opinion is the significance of having a foreign affiliation?  And Do you think these affiliations bring value to the local talent? How?

Bob: These are good questions and I’m very positive about both.

For a local agency an affiliation often means the opportunity to gain business from the foreign affiliates network. These are often huge international clients who wouldn’t be with the local agency if they were unaffiliated to a/the network agency.

For the foreign affiliate, the relationship gives the company some presence in the market and ideally if the affiliation goes well it will be long-lasting and mutually beneficial to them and their shared clients.

JWT as a company:

PAS: What are the elements that JWT take that sets it apart from other agencies?

Bob: As I think you know JWT is about to celebrate our 150th anniversary. You don’t get to be 150 simply by being old, but by being good.

JWT is committed to our clients and committed to our staff. The end result is work that works. It makes us a very stable agency. We were known for a long time as ‘the university of advertising” as we were seen as the place to the learn the advertising business.  That is still true today. Our staff are talented, trained and turned on by the idea of creating enduring ideas and creative solutions that people love spending time with.

You also don’t get to survive without evolving, so the agency has always been very enthusiastic about pioneering – from spreading agencies overseas, inventing products (yes even the cheese sandwich was invited by JWT for Kraft), having female ECDs, inventing planning, to sending Kit Kat into space, there is always something new happening, and always will be.

In a highly competitive industry JWT is also still a rather “nice” company to work in or work with.

PAS: What is the JWT HIP club?

Bob: The HIP club started a few years back.  It stands for the High Potentials group. Each year we identify a handful of our best (younger) talent from any or all divisions within each region.  These people are given extra recognition and the opportunity for mentorship from other more established high-flyers in the company, extra training and the chance to network with each other, globally.  The HIP group are our next generation of leaders and we want to groom them early. The 2013 HIP team, including one account director from JWT Pakistan, just came back from a week of learning and sharing in JWT’s head office in New York.

PAS: After 150 years, what direction JWT intends to take that would shape the future for JWT in the years to come?

Bob: A lovely question that probably sums up a lot of our interview ….

– Invest in the talent of tomorrow, because they will be creating the future while we are hopefully being warmly
remembered.

– Never forget the value of relationships or take clients for granted. They want and deserve the best and we are
here to provide it.

– Extend our offering, geographically, marketing specialties and via affiliation.

– Involve people – so we work together rather than feel we work for another … internally, with clients and with
consumers too.

– Recognise and celebrate success – it encourages more great work and spreads a contagious atmosphere
of enthusiasm.

– Continue to downplay corporate ego … you become known for the good you do, not the good you say you
will do.

McDonald's Unveils the Simplest Ads It's Ever Made »
Become a Contributor